Behavior analysis is the science of behavior, with a history extending back to the early 20th century. Its guiding philosophy is behaviorism, which is based on the premise that attempts to improve the human condition through behavior change (e.g., education, behavioral health treatment) will be most effective if behavior itself is the primary focus.

To date, behavior-analytic scientists have conducted thousands of studies to identify the laws of behavior—the predictable ways in which behavior is learned and how it changes over time. The underlying theme of much of this work has been that behavior is a product of its circumstances, particularly the events that immediately follow the behavior. Behavior analysts have used this information to develop numerous techniques and treatment approaches for analyzing and changing behavior, and ultimately, to improve lives. Because this approach applied behavior analysis (ABA) is largely based on behavior and its consequences, techniques generally involve teaching individuals more effective ways of behaving and working to change the social consequences of existing behavior. Treatment approaches based on ABA have been empirically shown to be effective in a wide variety of areas. However, because ABA was first applied to the treatment of individuals with intellectual disabilities and autism, this practice area has the largest evidence base and has received the most recognition.

Note: for the purposes of BACB certifications and examinations, ABA is defined as the content of the BCBA, BCaBA, and RBT Task Lists.

The following educational resources highlight some of the many ABA subspecialty areas. The resources below were produced in partnership with dozens of subject matter experts who provided all of the intellectual content. These resources may be freely distributed and hosted online.

The document and video content on this webpage include the ideas and opinions of the content contributors and are provided for informational purposes only. Access to these resources at BACB.com does not constitute or imply endorsement of the content by the BACB or indicate that all BACB certificants are permitted to practice the procedures described in the resources (additional training or professional credentials may be necessary in some jurisdictions). 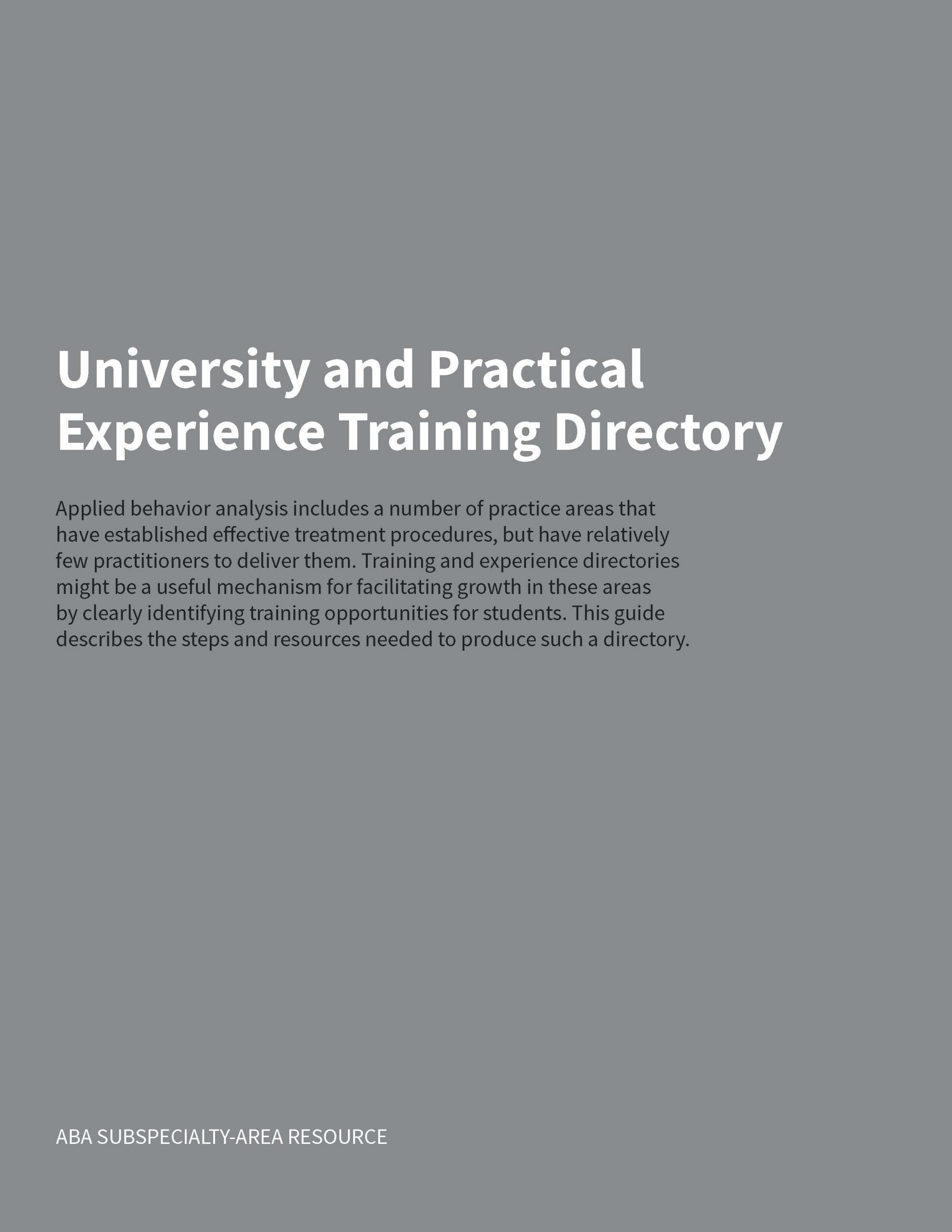 The University and Practical Experience Training Directory outlines the steps and resources needed to produce a training or experience directory for facilitating growth in specific ABA practice area. 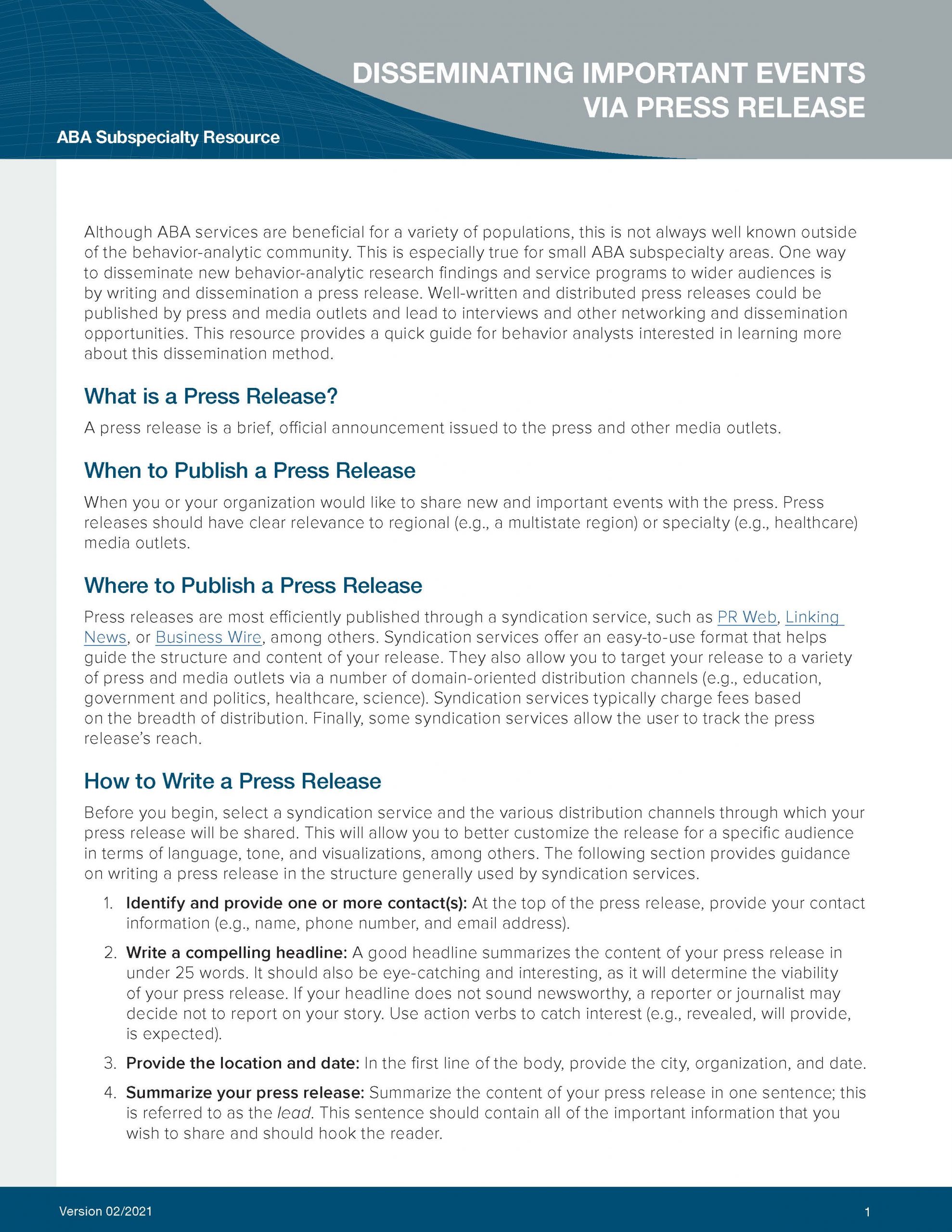 Disseminating Important Events via Press Release is a resource that outlines the value of press releases for the sharing of behavior-analytic research findings, new service programs, and other ABA-related events.

Further ABA resources will be added to this webpage in the future.