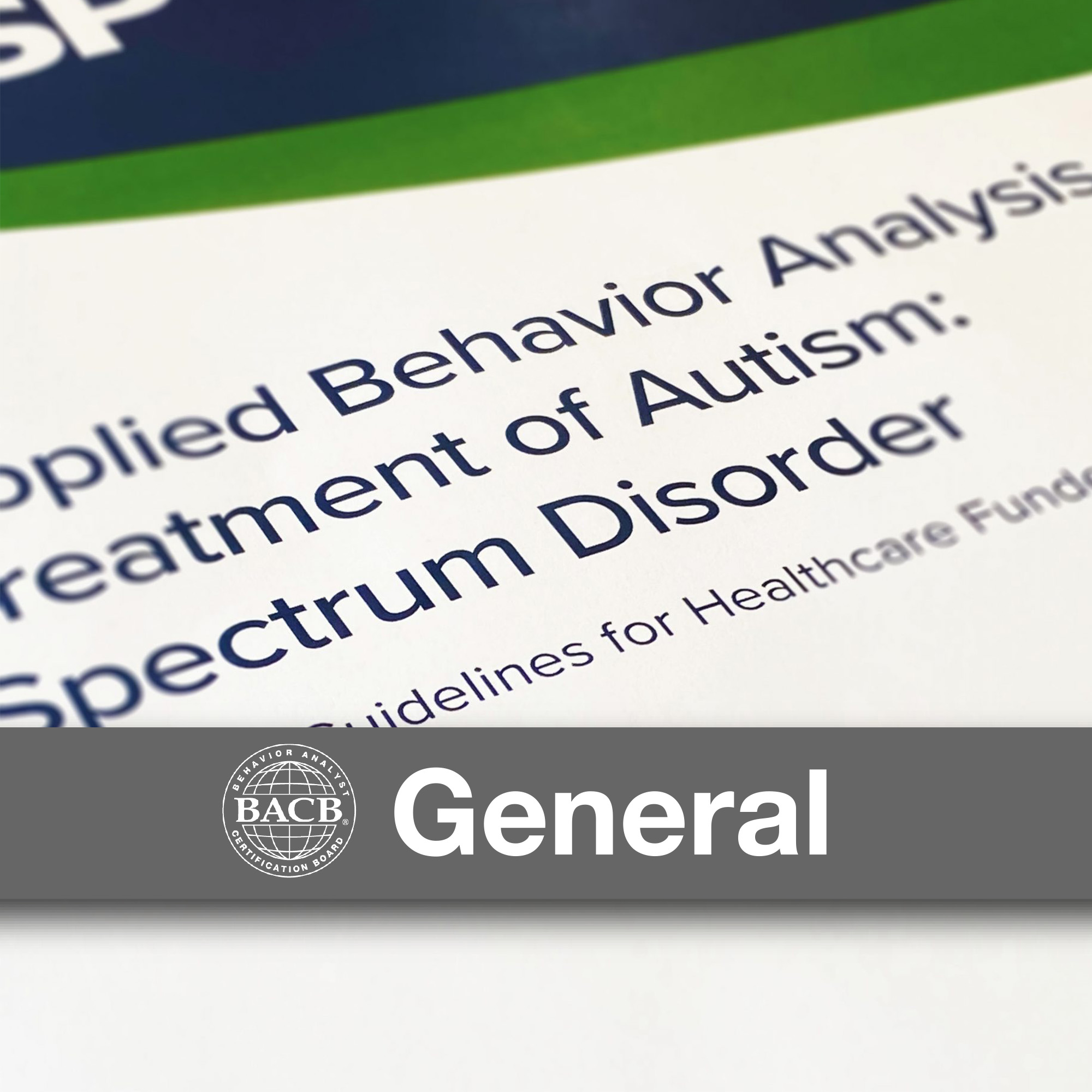 There’s no place like home – although sometimes it takes a little while to get there.

On March 25, 2020, the Applied Behavior Analysis Treatment of Autism Spectrum Disorder: Practice Guidelines for Healthcare Funders and Managers (2nd edition) – commonly referred to as the ASD Practice Guidelines – were transferred to the Council of Autism Service Providers (CASP). The BACB first published the ASD Practice Guidelines in 2012, and the current and second edition in 2014. While such practice guidelines are traditionally published by membership organizations, the BACB’s Board of Directors authorized publication due to an impending need at the time to provide guidance to the many new funders developing ABA benefit plans as a result of legislative activity.

With its mission of cultivating, sharing, and advocating for provider best practices in autism services, CASP is an apt home for the ASD Practice Guidelines. Formed in 2015, the nonprofit organization is the official trade association of autism service providers. Its member agencies – all of which must demonstrate an ongoing commitment to evidence-based practice – care for more than 50,000 children and adults with autism across the U.S. Lorri Unumb, Esq., CASP’s CEO, is renowned for her accomplishments as vice president for state government affairs for Autism Speaks, where she led the autism insurance reform movement that resulted in all 50 states requiring meaningful health insurance benefits for autism. Unumb heads up CASP with Mike Wasmer, DVM, DACVIM, who serves as vice president of government affairs and special projects. Previously, Wasmer served as a director of state government affairs at Autism Speaks, and was instrumental in leading the passage of autism insurance reform laws. He is a frequent speaker on autism advocacy and policy, and has successfully advocated for the addition of ABA benefits in many self-funded health plans.

All BACB blogs are intended for general information only. Readers should refer to bacb.com for the most up-to-date information regarding BACB policies, standards, and requirements as blog content does not replace or supersede this information. All BACB blogs are the property of the BACB and may not be commercially reproduced or edited in any medium.